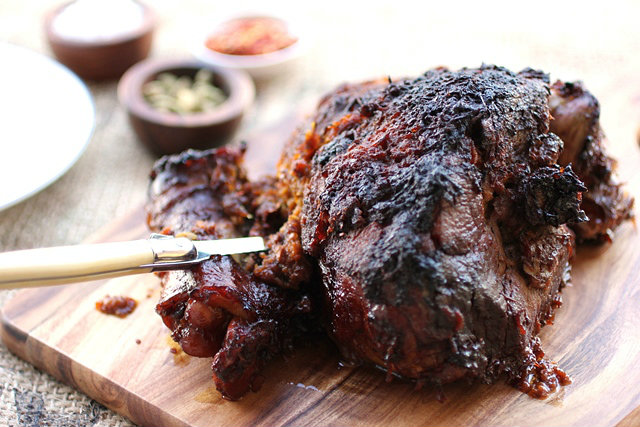 Every family has a roast.
I am talking about these familiar massive hunks of meat that are always present at big family gatherings or special family events. It is usually an age-old recipe handed down over generations, hardly ever changing at all because of how attached family members have grown to its distinctive taste and aroma.
This is mine. 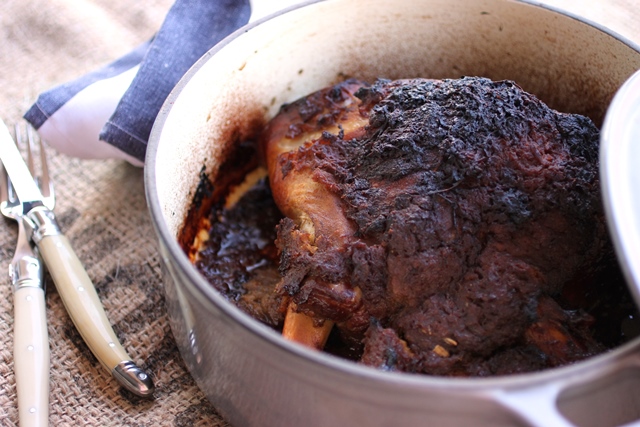 This recipe was my paternal grandmother’s. When my father married my mom, he taught her this unique family heirloom to be added to their recipe repertoire.
The thing about lamb is so many people think they don’t like it. And I have to say, I really do understand…poorly cooked lamb can be a horrible thing, especially the lamb we grew up with in Egypt, which is very, well, lamb-y. It has a strong smell to it that only disappears when the piece of meat is cooked correctly.
Because of this reason, there was an unspoken rule in our family; never tell new guests that this is lamb until after they have eaten. Not the most ethical thing in the world, but it definitely worked to eliminate lamb discrimination. My father firmly believed that lamb was merely misunderstood.
And, much to my father’s delight, every single time, even the pickiest of lamb haters was converted and ended up asking for the recipe. That’s how good this is. 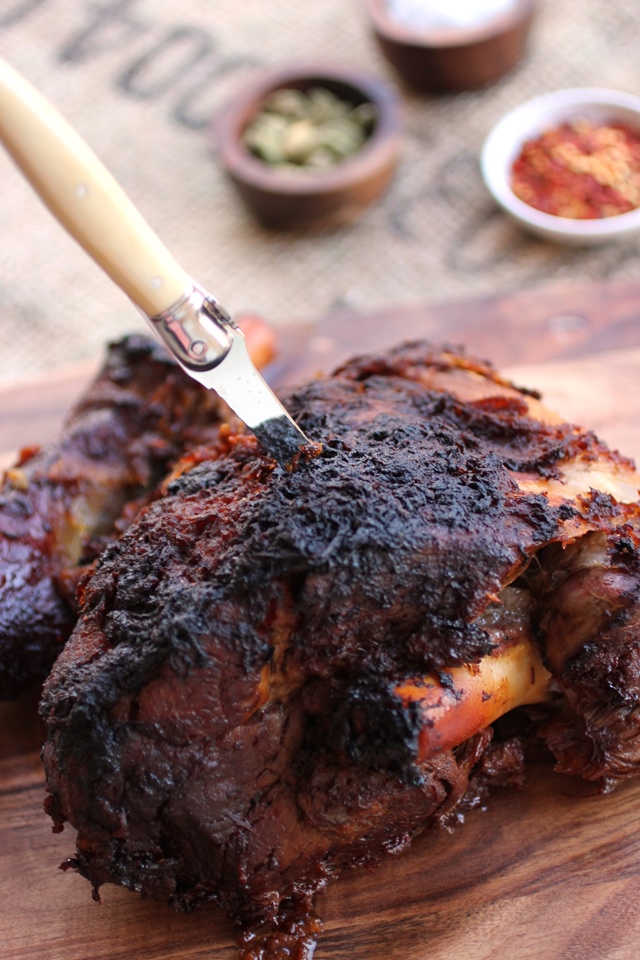 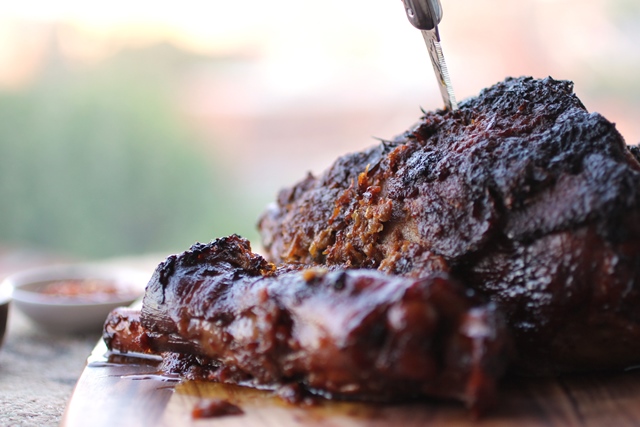 It really is a straightforward recipe…the secret lies in two components: the cooking method and one humble ingredient.
The cooking method is low and slow. Leg muscles are one of the hardest-worked muscles in the body, and so slow cooking is the perfect way to break down all the tough tissue and transform it into fall-off-the-bone, melt-in-your-mouth meat that diners will fight over.
The humble ingredient I have never seen being used in this way before is (don’t hold your breath) grated carrots. It sounds very uninteresting, I know…but hear me out.
When you cook the meat for such a long time at such a low temperature, these modest grated carrots start to release their natural sugars and caramelize. They all but disintegrate while creating the most deliciously dark and caramelized crust and gravy. 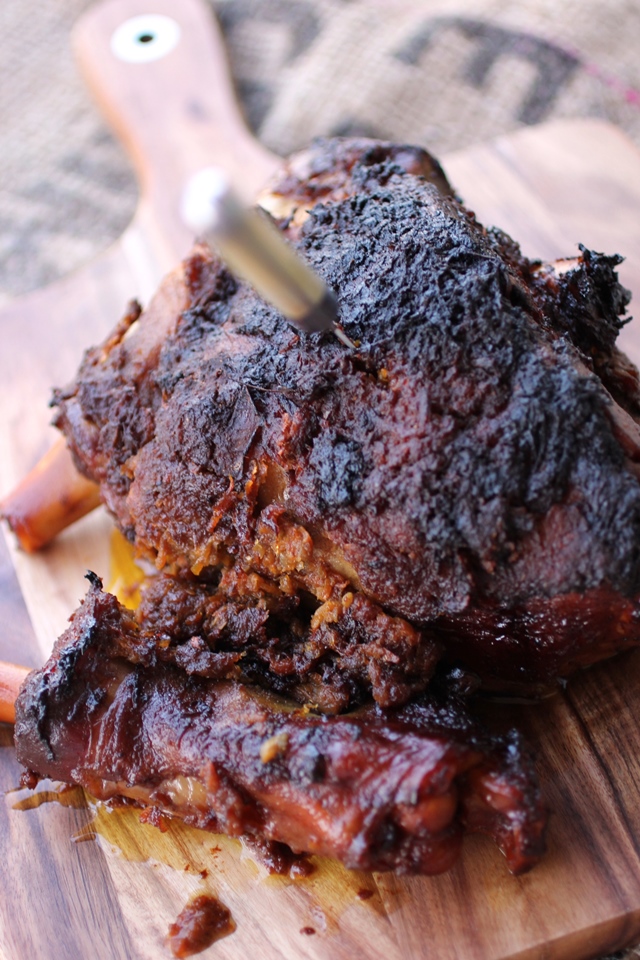 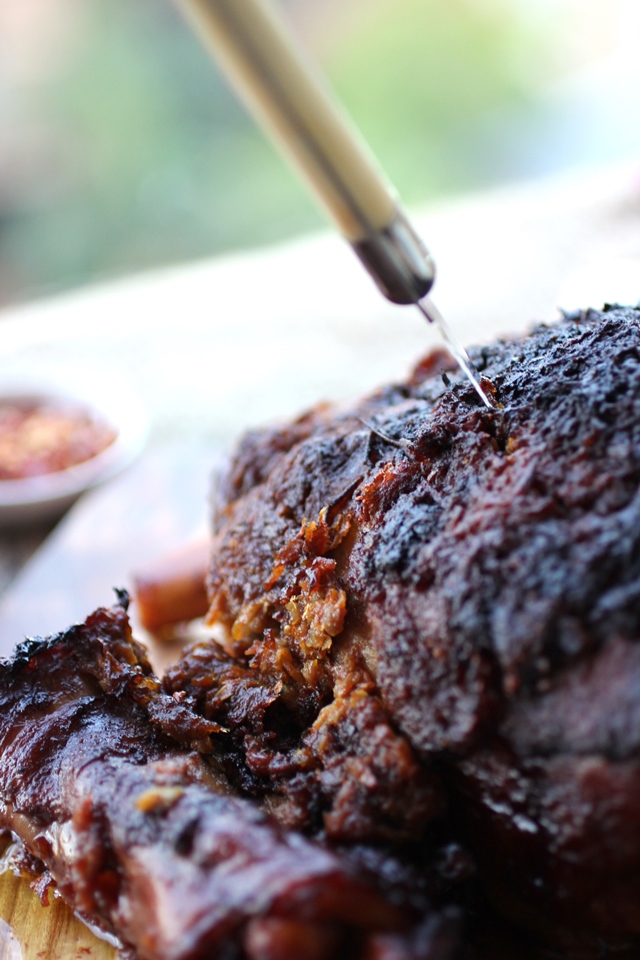 I also think that people feel very intimidated by cooking such a big slab of meat and by the term “slow-roasting”, when it may be one of the easiest cooking methods of all.
This is because people tend to confuse time-consuming with difficult. There is a HUGE difference. And while this recipe may be highly time-consuming, the actual hands-on prep time is less than 15 minutes. After that, you throw the whole thing in the oven and let it do all the hard work for you. All you will need to do is to check on it every few hours and make tiny adjustments.
So I stand by my statement that this recipe is DEAD easy, perfect for a chilly day when you know you will be home all day or have other housework to do. It is also SO impressive when you are having guests over, where they will think that you spent the whole day slaving away at the stove…bonus! 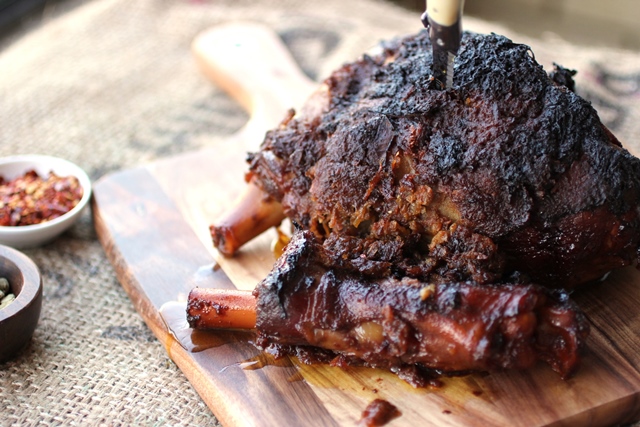 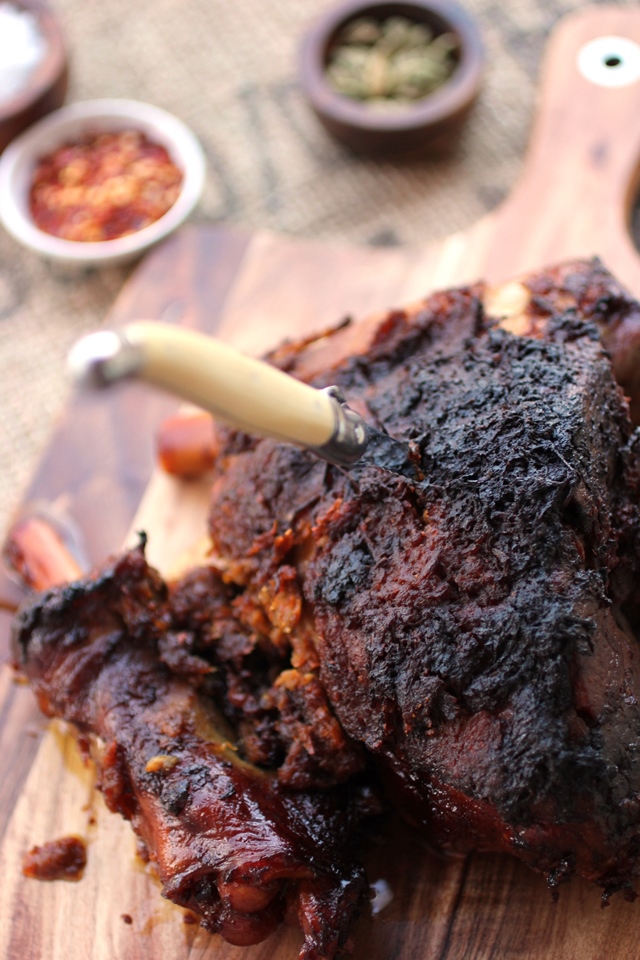 The smell that fills the house while the meat is cooking takes me back home, straight to my family’s house in Mohandessin. Memories of Ramadan evenings and the quiet anticipation before Iftar come flooding in. I can’t help but be transported to a simpler time when everything was familiar, things made sense, and there was a general sense of togetherness that has all but gone extinct in today’s random world.
Traditionally, we serve this with deep-amber, cinnamon-scented friend vermicelli (she3reya in Arabic). Still, since I had some cauliflower couscous leftover, I opted for practicality and served it with that. Some roast veggies (I can almost hear a grunt of disapproval from my late grandma’s grave…sorry, grandma!)….that’s not to say that I won’t be sharing that vermicelli recipe with you in the future. 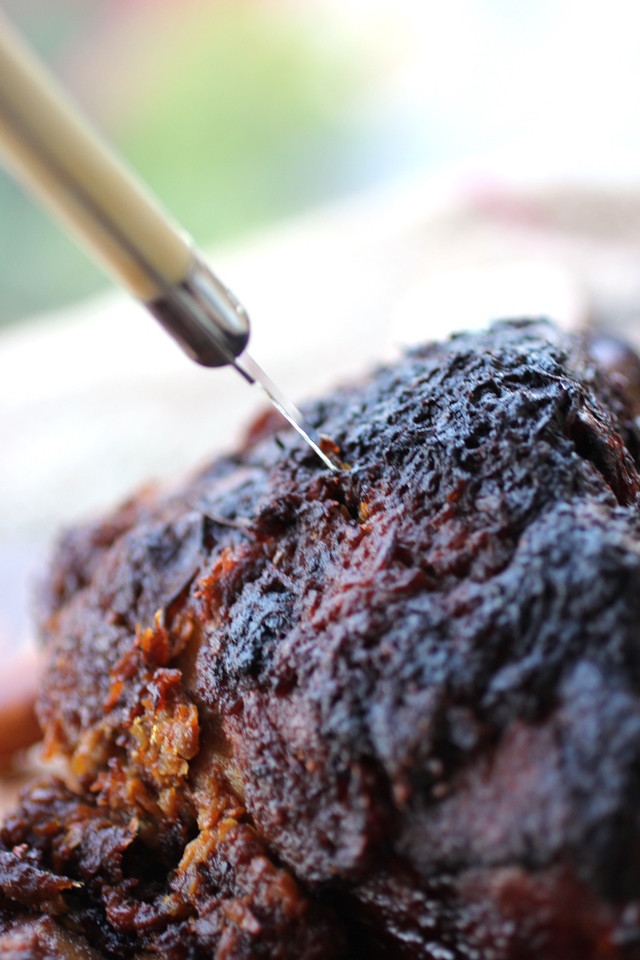 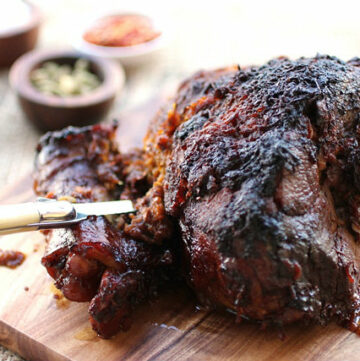 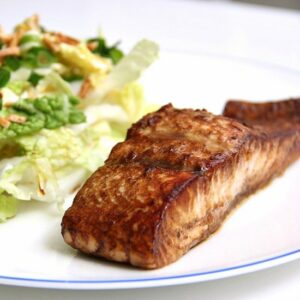 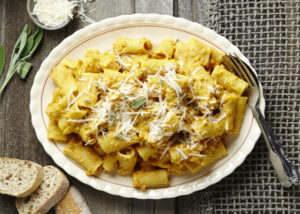 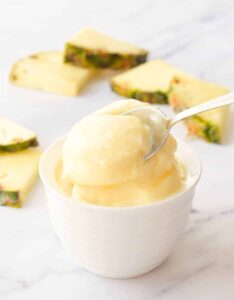 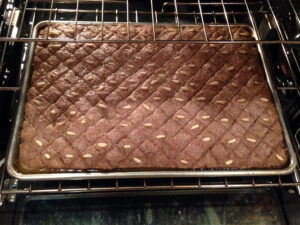 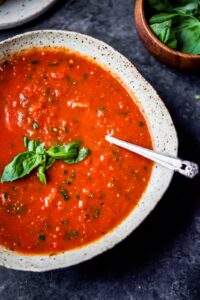